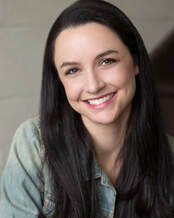 Mara Driscoll was born and raised in Boulder. She grew up dancing at the Boulder Ballet and continued her dance training at the North Carolina School of the Arts. Mara attended college at New York University and danced professionally in New York for ten years, performing with such companies as the Metropolitan Opera Ballet, FJK Dance, Armitage Gone! Dance, Ian Spencer Bell Dance, and Galletto Dance. Her choreography has been presented at the Phillips Collection in Washington D.C., the New York German Society, Dance at Socrates, the Sydney Conservatorium of Music, New York Theatre Workshop, and the Center at West Park.
​
Mara began producing performances in 2018 when she became the Program Director at Accent Dance NYC and produced multicultural performances and educational programs in New York and Westchester County. She returned to Boulder in March of 2020 and created Boulder Arts Outdoors to respond to the COVID-19 pandemic's devastating impact on local performing arts. Alongside Boulder Arts Outdoors, Mara co-produced the performance series and film "Dancers of the Met: in collaboration with members of the Met Orchestra and Met Chorus Artists" in March of 2021, and 3rd Law Dance/Theater's EPV.4 immersive program for the tri-level parking garage at Boulder's Twenty Ninth Street Mall. 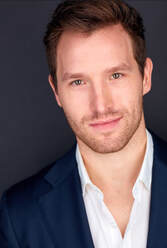 Bobby Mittelstadt is an award-winning actor and writer. As an undergraduate, he received a degree in Finance from the Kenan-Flagler Business School at UNC Chapel Hill, and worked as an intern for the Adams Investment Group at Wells Fargo Advisors (formerly Wachovia Securities).
​
As a performer, Bobby has appeared on stage in New York and regional theatre, including more than 150 appearances as an actor with the Metropolitan Opera. In 2019 he was featured as a non-singing soloist in the Met's groundbreaking production and subsequent cast recording of Porgy & Bess, for which he was honored with a Grammy Award certificate when the album won Best Opera Recording in 2021.

He is proud to combine his passions for business and the arts at Boulder Arts Outdoors.